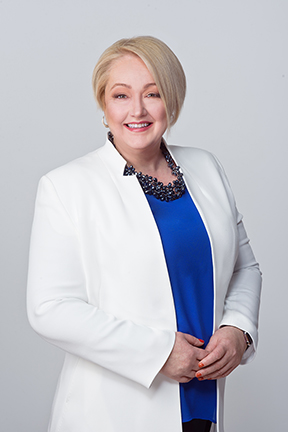 In 2016, the Specialist Setting Team from the Maryborough Education Centre (MEC) was recognised with a Victorian Education Excellence Award. Read more.

Local leaders, including Louise Staley MP (Member of Parliament), are supporting the continuation of the MEC-LEPH Award which sponsors two female students to attend the 4th International Law Enforcement and Public Health Conference (LEPH2018) being held in Toronto between 21-24 October 2018 to promote women’s leadership in rural Victoria.

For the past 18 years, Louise has lived in Western Victoria. Before moving to Ararat in 2014, Louise and her partner Stephen farmed at Willaura where they grew cereals and canola. They sold the farm in 2016.

Louise attended The University of Melbourne where she studied economics and then went on to work as a fund manager for a large superannuation and life insurance company. From her early career, Louise understands how the economy works, and how it is up to governments to always work hard to keep the economy strong so the private sector can create jobs.

Before her election in November 2014, Louise served as President of the East Grampians Health Service, was a director of the Grampians Medicare Local and also a director of Networking Health Victoria. Louise was also Director of the Food and Environment Unit at the Institute of Public Affairs.

Louise became a politician to be a voice for the people of Ripon. Her first goal is always to make certain Ripon’s needs are heard in Spring Street.

Louise understands the need to support local schools and health services, to ensure that young families stay in the region and to keep our local communities growing.

Road and rail infrastructure is vital for rural communities. Louise works with all levels of Government to secure the upgrades and service improvements Ripon needs.

LEPH2018 will be the second time students from the Maryborough Education Centre, Victoria, Australia, participate in the international law enforcement and public health conference series.

Two Year 11 students, Harmony Martin-Binks and Shelby Steel, were successful in a competitive application process to be awarded the scholarship to attend the LEPH2018 conference in Toronto, Canada.

Harmony and Shelby will be accompanied by Assistant Principal Katherine King and colleague Jess Kile. They will present their school’s program about Resilience, Rights and Respectful Relationships and promoting gender equality in a 45 minute session as part of the ‘Marketplace of Ideas’.

The presentation will also highlight the community’s important #SayNO2familyviolence campaign ran by the local Rotary club. 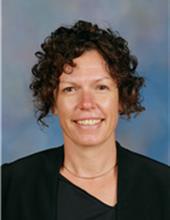 Katherine King has been an educator for 18 years both in Australia and overseas. She is currently the Assistant Principal of Maryborough Education Centre (MEC), and is responsible for 600 students from the ages of 12-18. Katherine believes that all students can learn and she is passionate about public education and providing opportunities to students to bridge the gender and equity gap for students. Katherine also leads the Information and Communications Technology team at Maryborough Education Centre and is an ambassador for digital teaching and learning for engagement.

In the local Maryborough community, Katherine helped establish the Goldfields Sustainability Group and has held executive positions in this group since 2011. She strives to raise awareness about environmental issues and promote a more sustainable way of living.

Katherine is excited to attend LEPH2018 with Harmony, Shelby and Jess and share what her school and local community are doing to promote gender equality and respect with delegates from around the globe. She also looks forward to take world’s best practice back to Maryborough and share her learnings. 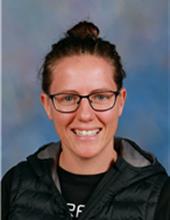 Jessica Kile is a 26 year old female teacher that teaches at Maryborough Education Centre (MEC) with students with additional needs. MEC run a program at school where students get the chance to shine on stage through the Specialist Production which Jess produces, directs and choreographs. MEC have done three major shows which have allowed all students equal chances to participate and shine no matter their disability.

In the wider community Jess was the force behind the Maryborough Ladies AFL Football team which she coached (and played) to two consecutive premierships in 2016 and 2017. She has also had the honour to coach and play cricket to an elite level by representing Victoria in a range of youth programs.

For Jess, it is a privilege to represent Maryborough Education Centre and the wider community of Maryborough at the Law Enforcement and Public Health Conference in Toronto.

The award was initiated by former Maryborough student, Melissa Jardine, who is a Director of the Global Law Enforcement and Public Health Association and conference organiser.

Melissa is currently a consultant to the United Nations Office on Drugs and Crime (and UN Women) working towards gender equality in law enforcement institutions in Vietnam, Thailand, Cambodia, Myanmar and Laos. The project aims to increase the capability of police and border patrols to better respond to trafficking and transnational crimes in Southeast Asia.

In 2016, two students and two teachers (pictured below) from the country Victorian school joined international conference delegates from over 40 countries to learn about law enforcement and public health issues. The program aims to highlight gender equality and promote women in rural leadership. 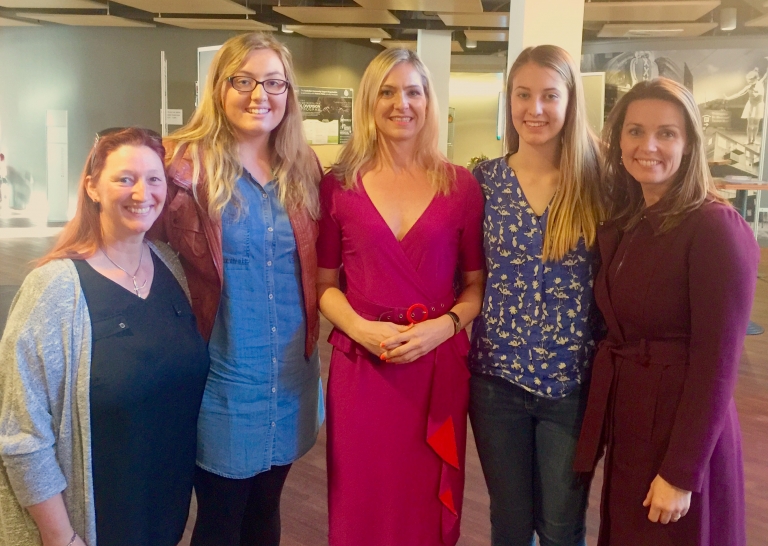 The Awards aim to provide a cultural and educational experience to rural Victorian students and to promote a range of career pathways for students to consider as they near the end of their secondary schooling.

The initiative is supported by Victoria Police. 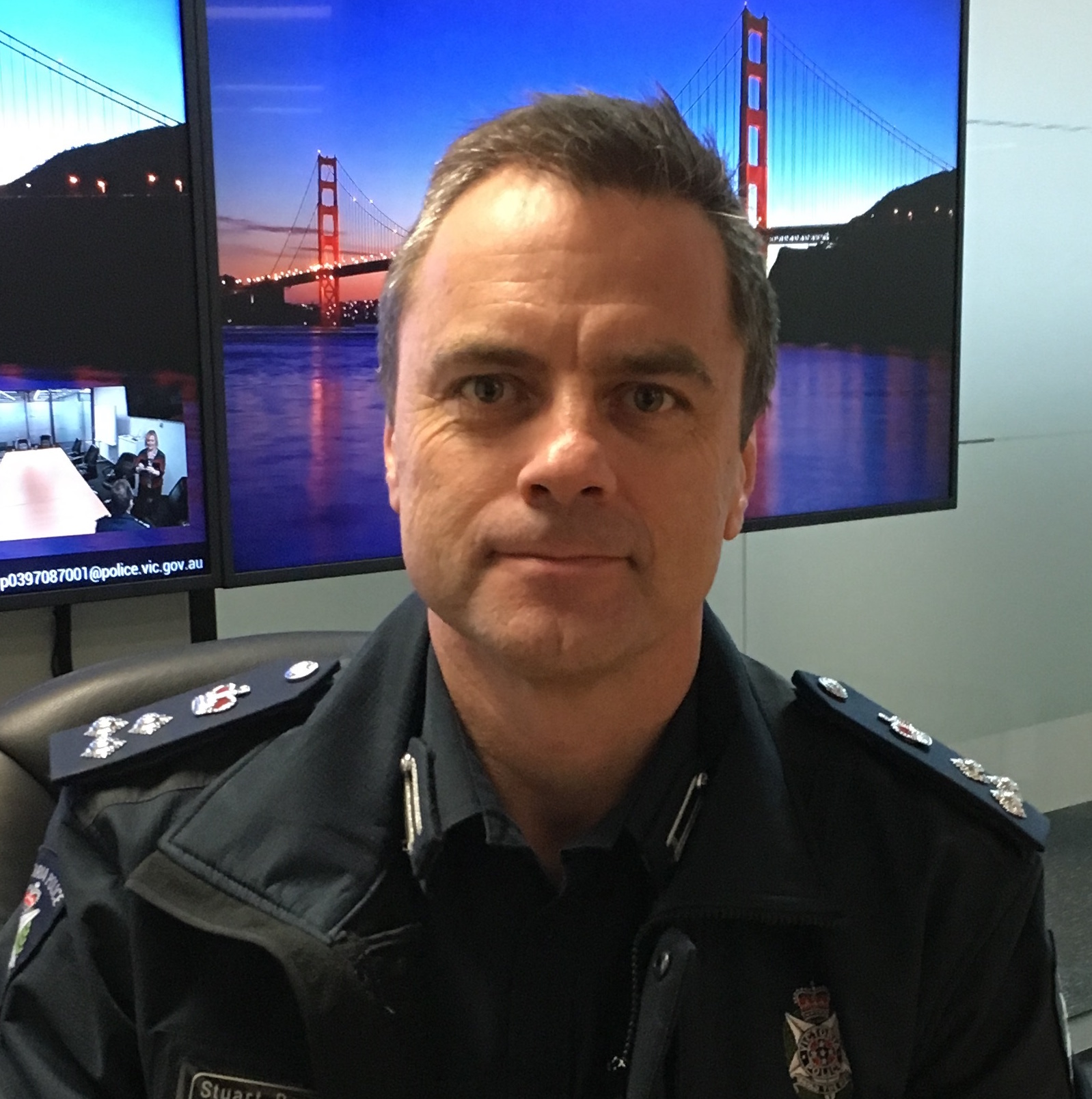 Commander Stuart Bateson from the Safer Communities and Crime Prevention division previously addressed a community forum in Maryborough with respect to police responses to family violence and its prevention.

Commander Bateson will also be delivering a presentation at LEPH2018 in Toronto.

Learn more about how you can get involved, sponsor or support the program by contacting: melissa.jardine@gmail.com