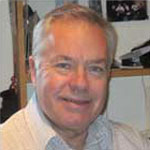 Bill Stronach spent 18 years as the Chief Executive Officer of the Australian Drug Foundation which is one of Australia’s leading non-government organisations concerned with the prevention and reduction of drug related harms. Prior to this position, he was Director of Grassmere Youth Services located on the outskirts of Melbourne, working with juvenile offenders, homeless and sexually abused young people and their families. For twelve years before this he taught in secondary schools in the state of Victoria and the UK.

Bill was Chairman of the Organising Committees for the 3rd (Melbourne), 7th (Hobart) and 15th (Melbourne) International Conferences on the Reduction of Drug Related Harm and LEPH2012 & LEPH2014. He brings extensive conference organising and management experience both within and beyond the public health sector.

He has been a consultant and advisor on many policy matters and projects in Australia and overseas, and contributed chapters to a number of public health, drug prevention or harm reduction publications. 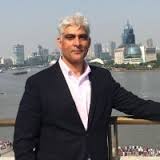 Anil Anand has served as a police officer with a Canadian police service for 29 years; with assignments as a divisional officer, undercover narcotics officer, and intelligence officer.  He has worked in Professional Standards, Business Intelligence, Corporate Communications, the Ipperwash Inquiry (judicial public inquiry), and Interpol.

Anil Anand has traveled extensively, observed cultures and policy implementation with a keen interest for forming alternatives based on integrative, and innovative ideas.  Anil holds a degree in Physical and Health Education from the University of Toronto, a Masters of Law from the Osgoode Hall Law School, an MBA from the Rotman School of Management, and an Executive MBA from the University of St. Gallen.  Anil has also studied police leadership and management development at Dalhousie University, Public Administration at Ryerson, received a certificate in International Commercial Arbitration from the International Court of Arbitration, and attended courses at the Indian School of Business, City University in Hong Kong, Insper Institute of Education and Research in Sao Paulo, and Fudan University in Shanghai.

Cal Corley is the Chief Executive Officer of the Community Safety Knowledge Alliance Inc. (CKSA), an innovative non-profit research and knowledge development centre that supports governments and others in the development, design and implementation of new models and approaches to community safety and wellbeing.

A former RCMP Assistant Commissioner and head of the Canadian Police College, Cal has also served at the Privy Council Office’s Security and Intelligence Secretariat and at Public Safety Canada.  He brings a broad range of domestic and international experience, combined with sound academic credentials to this role. 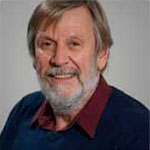 Professor Nick Crofts is an epidemiologist and public health practitioner who has been working in the fields of HIV/AIDS, illicit drugs, harm reduction and law enforcement for 30 years. His major epidemiological work has been on the control of HIV and hepatitis C among injecting drug users in Australia and globally, including almost every country in Asia. As a designer and technical director of AusAID’s flagship HIV/AIDS program in Asia, ARHP 2002-2007, he was instrumental in building capacity among SE Asian police forces in relation to HIV, and has worked in many settings forging relationships between police and public health. He founded the Law Enforcement and HIV Network (LEAHN) in 2009, and is Director of the Law Enforcement and Public Health Conferences.

Nick Crofts was previously at the Burnet Institute for Medical Research and Public Health for 19 years, where he was instrumental in building its Public and International Health arms, and was Deputy Director for five years. He was Director of Turning Point Alcohol and Drug Centre for three years, and then at the Nossal Institute for Global Health, developing its Law Enforcement and Public Health Program. His most recent appointment was as Visiting Senior Research Fellow at the UN Interregional Crime and Justice Research Institute in Turin. He has been a member of Australia’s National Council on AIDS three times, and has performed multiple consultancies for WHO, UNAIDS, UNODC, AusAID and other bilateral and multilateral agencies.

He edited the first Manual for Reduction of Drug Related Harm in Asia, founded the Asian Harm Reduction Network, and for his work in Asia was awarded the International Rolleston Award in 1998. He is author of over 150 articles, book chapters and editorials in refereed journals; his most recent book, co-edited with Fifa Rahman, is Drug Policy Reform in East and Southeast Asia. He was technical director for AusAID’s regional HIV program, ARHP, technical director of AusAID’s Indonesian harm reduction program and principal investigator on an AusAID funded research project in Cambodia, Laos and Vietnam, on the influence of harm reduction on police policy and practice.

Melissa Jardine is a Director for the Global Law Enforcement & Public Health Association (gleapha.wildapricot.org). Melissa is also Gender Advisor & Communications Manager for the Centre for Law Enforcement & Public Health (www.cleph.com.au). She has written and delivered a range of international police training packages regarding HIV prevention, harm reduction approaches to drug use and sex work, and police-public health leadership. In 2017, Melissa was named an Asia 21 Young Leader by the Asia Society.

Melissa was a Victoria Police officer for 10 years (2001-2011) working at the frontline and in criminal investigations.  She completed a Master of Asian Studies at Monash University with a focus on the relationship between provincial economic growth in China and capital punishment for economic crimes, and studied Counter-terrorism in ASEAN. She also has a Master of Philosophy from The University of Melbourne, examining police culture and police responses to the implementation of drug harm reduction programs in Hanoi, Vietnam. Melissa has long term interest in the development of policing in Asia and is currently researching policing in Vietnam for her PhD at UNSW. It includes a focus on how to expand the role of women in policing in Vietnam. Melissa was featured in the Victoria Police ‘Badge and Beyond’ Police Life magazine in Winter 2017. 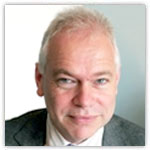 Auke van Dijk is advisor to the chief of the Amsterdam police and strategist at the think tank Agora Police & Security. He has an academic background in international relations theory and international political economy. He has been senior advisor at the Committee for Evaluation of Intelligence and Security Services and was a member of the Vision on Policing Committee (Council of Chief Police Commissioners) that delivered a new comprehensive strategy for future policing.

He is cofounder of the Agora Police & Security. The Agora is an experimental space for thinking and debate among practitioners and academics. The central aim is to enhance the organisation’s ability to think; more specifically to make sense of the societal context and its current or future consequences for day-to-day policing, and to question the way ‘things are done’ by and in the organisation. The Agora is an ‘intellectual playing ground’ and a ‘safe haven’ for the development of new ideas and for contradicting current insights and policy.

Recent themes in his work are: the common ground of law enforcement and public health, vulnerable groups, policing a diverse society, and values-based leadership.